The VyStar Veterans Memorial Arena is a state of the art multi-purpose arena in Jacksonville, Florida with a capacity of up to 15,000 and managed by SMG for the City of Jacksonville. Built in 2003, the Arena is home to the ECHL Icemen, NAL Jacksonville Sharks, the ABA Jacksonville Giants and the Florida/Georgia Hall of Fame. The VyStar Veterans Memorial Arena has hosted the NCAA Men’s Regional Basketball Championships in 2006, 2010, 2015, and now again in 2019 NCAA as well as some of the biggest names in entertainment including: Paul McCartney, Elton John, Garth Brooks, Cher, Kevin Hart, Luke Bryan, Jason Aldean, Rhianna, Dave Matthews Band, Red Hot Chili Peppers, Disney On Ice, Cirque du Soleil, Pearl Jam, Eric Church and many more. 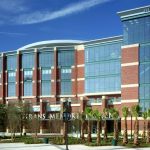